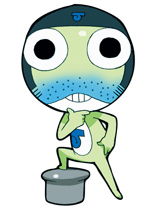 Though his exact age isn’t known, he was already an adult when the Keroro/Armpit platoon were kids. He often gave and still gives them advice whenever he appears in an episode. His advice doesn’t make sense to most.
Every time he is about to give advice, he gets a footstool, puts his foot on it, and rubs his chin with his thumb and index finger.
He is a good friend to Keroro and always tries to help him (Although fails). Once, Keroro tried to live with him with his carefree life, but, instead, it was a torture.
Dororo (formerly Zeroro) had more of a liking to Joriri than any others. Also, he was the only one to understand his advice. Apparently Giroro and Keroro didn’t understand his sayings. Also, Keroro, Giroro, and Dororo all laughed when Joriri’s name was brought up.
Giroro was one of his friends.
He was Tamama’s junior when he joined the platoon temporarily, Tamama hated him and didn’t understand a thing he said, at first, but later Joriri defended him in a fight. 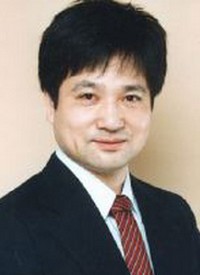 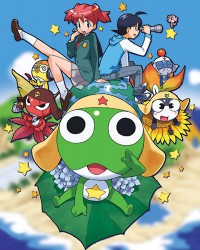 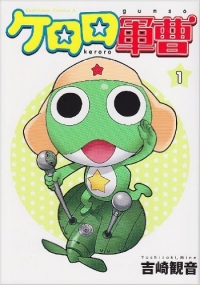 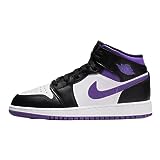 (8124)
$200.00 (as of December 4, 2022 03:13 GMT -05:00 - More infoProduct prices and availability are accurate as of the date/time indicated and are subject to change. Any price and availability information displayed on [relevant Amazon Site(s), as applicable] at the time of purchase will apply to the purchase of this product.) 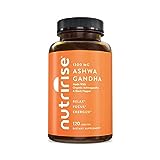