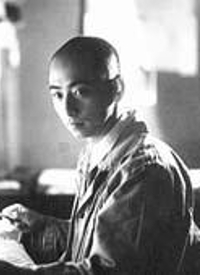 Masaoka Kenzou, October 5, 1898 – November 23, 1988, was a second generation animator. He is probably most famous for creating the earliest anime to use cell animation and sound. He also did work under the pseudonym Masaoka Donbei (正岡 どんべい).

Masaoka was born in Osaka, Japan and died in Tokyo, Japan.

He was the son of wealthy landlord in Osaka. He learned painting and music since he was young. In 1922, he entered the art school in Kyoto and learned Japanese painting there, then Western painting at Aoibashi Art Institute of Kiyoteru Kuroda. Three years later he entered Makino Production in Kyoto. He worked as an assistant director for Shouzou Makino and as a set maker for the location of the movie Nichirin by Teinosuke Kinugasa held in Nara park. He also appeared with Tuyako Okajima in the movie directed by Yoshinosuke Hitomi, Hitojichi, using the name of Rurinosuke Segawa. In the same year, he became independent and founded Donbei Production in Kyoto. He produced and directed the children film Umi to Kyuden with the aid from his family. In 1929, Masaoka started working at Nikkatsu Uzumasa Studio in Kyoto. First he worked as a cameraman for period dramas for a short time, then became the chief of technical section in the Educational movie department. Because the department was closed in the next year, he borrowed the production cost in stead of his resignation, and completed and released the animation film The Monkey Island. This was the start of his career as an animation film maker.

In 1932, he established Masaoka Film Production at his house in Kitano, Kyoto, and got down to production of animated cartoon films with his followers, such as Mitsuyo Seo. Having got to know his work, Shirou Kido in Shouchiku offered the cooperation with him. So they produced the first full talking picture in Japan Chikara to Onna no Yononaka using Tuchihashi style talkie. For this movie, Tadao Ikeda worked as a writer and dramatizer, Masaoka as a director, Hiromasa Nomura as a recording director, Kakuzan Kimura as a cameraman, Seo as an animator, and Roppa Furukawa, Akio Isono, Yoko Tsushima, and Ranko Sawa as voice-over actors. This was the story about the husband who became crazy about a typist and his attractive wife. It was released at Asakusa Teikokukan Theater on Apr. 15, 1933. In the same year, he directed Adauchi Karasu and Gang and Dancer, both of which were drafted by Yasujirou Shimazu. He also began to show his talent on special effect movies, such as Kaguya Hime which made him known as Japanese Melies. In 1934 he used a lot of serges which were still expensive and succeeded in producing beautifully smooth-moving animation such as Mori no Yakyuudan and Chagama Ondo. Mori no Yousei, especially, was said to be the best Japanese animation film at that time. He was even called “Japanese Disney”.

However, his production went bankrupt due to too much expense. So he contracted for the production of talking pictures at J. O. Studio and let it under subcontract of Touzou Masaki, Kakuzan Kimura, Manzou Miyashita, Masao Kumagawa, and so on. In Nov. 1937, he again founded the Animation Society of Japan in Kyoto, and released from Shouchiku Benkei and Ushiwaka, Nyan no Urashima, Yume no Majutsushi, Tori no Hoken Kanyuuin, et al. Since it became harder to obtain film because of the war, he then entered Shouchiku Animation Production Department in the headquarter of Shochiku as its chief. He released many movies enthusiastically, starting by Fuku-chan no Kishuu.

One of his most famous works, Kumo to Tulip, was dramatised, filmed, and directed by him and released on Apr. 15, 1943. It incurred the military’s displeasure because it was the only animation film whose story was not related to the war at all during wartime. In Oct. 1945, right after the end of the war, Masaoka established New Japan Animation Company with Sanae (Zenjirou) Yamamoto, Yasuji Murata, et al. and then reformed it into Japanese Animated Cartoon Company. In 1946 he directed Sakura Haru no Gensou but could not put it on the screen because Toho which was planning to release it considered the movie too artistic for the public.

He soon left there and established Nippon Douga with Yamamoto with a capital of a million yen from Tetsuo Mashita and others. Yamamoto worked as the president, Masaoka as the director, and Taiji Yabushita was in charge of production management. They placed their studio at Seijo Junior High School and made Suteneko Tora-chan (directed by Masaoka) in cooperation with Toho Educational Movie. Masaoka, however, had to retire after making Tora-chan no Kankan Mushi in 1949 because his sight got very poor due to overwork.

Later Masaoka recovered his eyesight, so he devoted himself into teaching followers, writing a draft of the essay on movies, and drawing storyboards. He was also familiar with Japanese traditional performing arts, such as Kyougen. 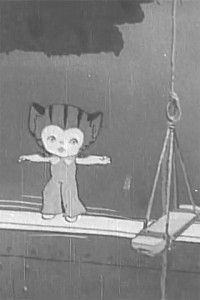 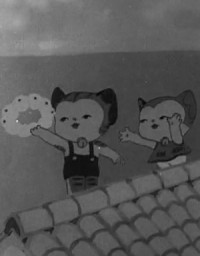 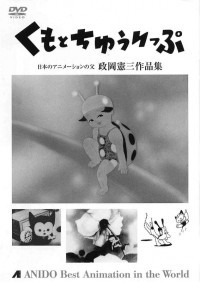 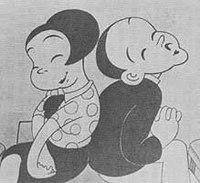 The World of Power and Women 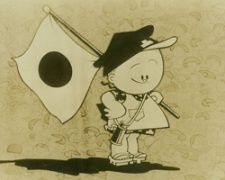 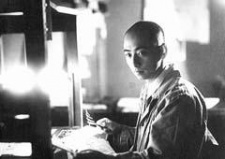